The Holidays are over. They have gone as quickly as they came. Some folks may call this time of year “Winter”, but for me it’s just Soup Season. It’s time to curl up on the couch with my husband and watch a movie, read a book, or just relax, while a pot of soup simmers on the back of the stove. No more rushing around trying to get everything done in time for….whatever.

Meatless Monday kicked things off with a bowl of Leek and Potato Soup. With only 220 calories in a good sized 14 ounce bowl, you could just about eat the whole pot of this yummy stuff. I wonder if those of you who are watching your carbs could sub in cauliflower for the potatoes? Probably so. I might have to try it, just to see. 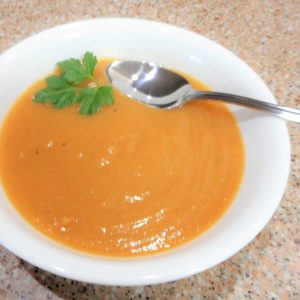 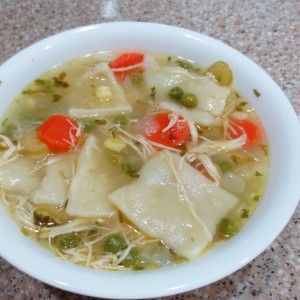 Another favorite is My Chicken and Dumplings. It takes a little longer to prepare this one if you start your rich chicken stock from scratch rather than using broth in a box, but gosh is it worth it. You can employ the help of your slow cooker to make the broth if you don’t have time to baby sit the stock pot, and you’ll always know exactly what’s in there. My Chicken and Dumplings are a little tricky to handle and freeze. Once the dumplings are added you must be very gentle in stirring the pot so as not to break up those tender noodles. If you get too aggressive you’ll wind up with a big pot of mush.  This recipe does make a big pot, so we enjoyed it both Tuesday and Wednesday, before the remainder was packaged up for the freezer.

Thursday we entertained some old friends. Did I say “Old”? No, we’re not old! We entertained some folks we have known for a very long time and don’t now get to see often enough. We used to live across the street from one another, and our children grew up together. In the summer, Carol and I would often make an early morning trek to the farmers’ market with all four kids in tow to see what was the freshest produce of the day. When we got home we would park the kids under the willow tree to shuck corn or shell peas or whatever, and Carol and I would put up that produce for the winter. When the work was done and the guys got home, both families would get together for a fresh vegetable dinner. Often Carol, her husband Randy, and Michael would have chicken livers along with those veggies. Not me! I’d have a hot dog with the kids, thank you! Anyway, to make a long story short, when Carol and Randy came out to visit Thursday evening I fixed chicken livers for old times sake. (There’s that “old” word again!) Homemade Banana Pudding was a fitting nostalgic ending to our dinner together, although I did forget the hot dog.

Enough of that. By Friday I was ready for a change to my kind of food, seafood, that is. This time my entree of choice was Saucy Shrimp with Whole Corn Grits. Because the sauce contains chipotle chiles, these shrimp are a little spicier than some, but the heat level is easily controlled. The chiles give the sauce a pretty rosy pink color. Although I could scale down the recipe to make a smaller batch of grits, I always cook the full amount. You wouldn’t think frozen grits would make a palatable side dish, but they do if you heat them slowly and stir in just a little extra milk or broth in the process. 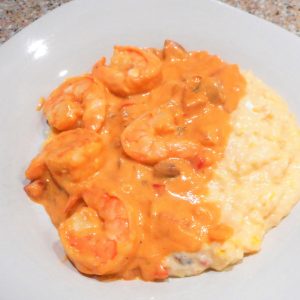 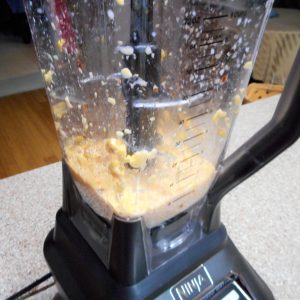 The shrimp and grits recipe gave me an excuse to play with one of my Christmas gifts from Michael, a new blender/food processor system. I give Michael a hard time about giving me gifts that have an electrical cord on them, but this time his gift was much needed and appreciated. Both the blender and the processor run on a common, very powerful, base.  My old blender was from the seventies and may have run on hamster power, and the old food processor had been stripped out by a too large batch of pizza dough. Out with the old and in with the new! 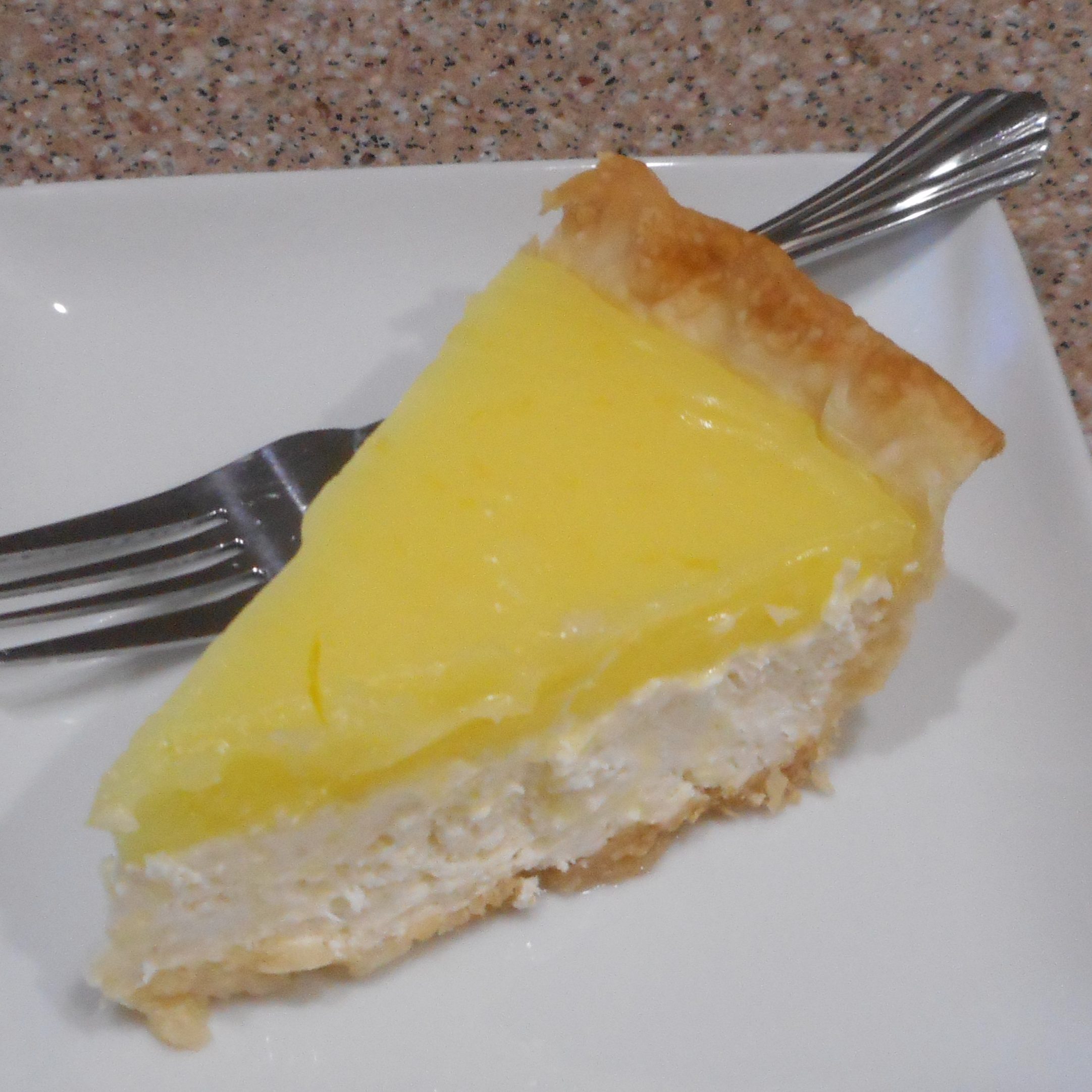