As this week’s thought goes, I tend to bite off more than I can chew. It seems that when I can’t get everything done, I don’t get Anything done. Something has to suffer, and it’s usually the things I think of as a reward, like this blog. BUT I have been cooking, so here goes!

Aaron, Jen, & Xander came up to watch the first Bama game with Grandpa, so I made “football food”. We had a whole bunch of junk, but it was fun. I made some shrimp spread (protein), Creamy Pimento Cheese (dairy), Spinach Squares (veggies), and Mini Egg Rolls (just fun).

My favorite center cut pork chops went on sale, so we enjoyed Quick Brined Pork Chops later in the week.
I tend to lean toward one dish/pot dinners. Less work? sometimes. Less clean-up? usually. I came up with this recipe for Kielbasa, Cabbage, and Rice Skillet. thinking it might be a play on stuffed cabbage. While I liked it myself, Michael wasn’t sold. I guess the next time we want kielbasa and cabbage I’ll have to go back to our old Dutch oven version. 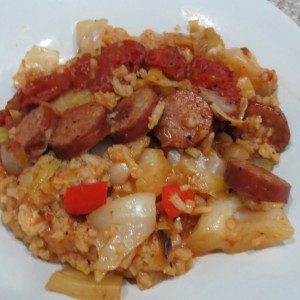 That Friday’s Saucy Shrimp with Whole Corn Grits went over much better.  Of course, not  everything can be one dish. We also enjoyed Italian Meatloaf With Tangy Sauce and grilled the leftovers. 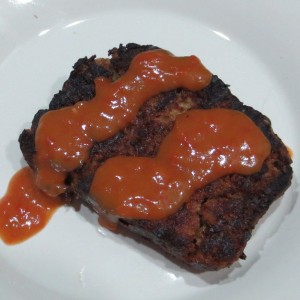 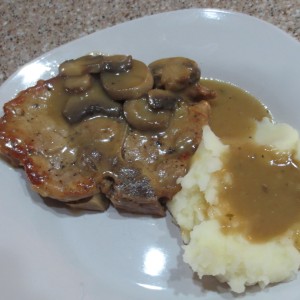 Later in the week it was Salisbury Steak with Onion and Mushroom Gravy. For Michael, Mashed Potatoes are a requirement if there is gravy on the menu.
Oh, I almost forgot, while Aaron, Jen, and Xander were here “Xander” requested Homemade Banana Pudding. Now, Xander isn’t yet talking to make any requests, but they all enjoyed the pudding! Be thankful for what life gives you.